What our customers think…

As much as is being said about the sport in general, we get letters too:

“Again, thanks for producing the TURNER. As I told you, I expect that it is the same as an extra five years of life to me. The doctor reported at the time of my annual physical that all the bad things in my blood were much reduced from a year ago, and that it was a pleasure to examine someone whose numbers were in all ways better than a year ago. Since the only different thing, I have done is the 2000 miles of recumbent riding, I guess we’ll have to give that the credit. Thanks again, keep in touch. Jack”. From a memorandum by Jack R., a loyal TURNER customer.

“I can’t believe how fast this thing goes! Since riding my TURNER recumbent I’ve gone from being a slow-poke on my old street bike to being the fastest guy in town. I now ride with groups of former-pro and semi-pro bicyclists on the weekends and always finish the ride first! The other bicyclists are always amazed at how I blast past them. I’ve safely achieved 63mph heading down 11,000 ft. high Mt. Lemmon in Tucson, Arizona! The TURNER is so easy to work with I easily attached a front and rear fairing kit, which added four mph to my highest possible speed. Yee-hah!” Jeffrey B., an industrial designer consulting in Tucson, Arizona.

“As a physician practicing Sports Medicine for the last 30 years, I was recently introduced to a new type of bicycle (the TURNER) in which the bicyclist assumes the recumbent position instead of an upright position, leaning forward putting pressure on the handlebars. I am very impressed with this bicycle and feel that it is the bicycle of the future. This bicycle will guard against many injuries that people that ride conventional bicycles now experience.

After viewing and investigating this bicycle, I am completely sold on its design, safety and comfort. It is compact, lightweight, and is affordable in price. As a specialist in Sports Medicine, I would recommend this bicycle to all of my patients and also to children starting out riding bicycles. I have discussed this bicycle with leaders in Tucson in the Sports Medicine community, and they are impressed with the bicycle. It was of note that a lady eight months pregnant rode this bicycle in the El Tour de Tucson bicycle rally in November 1994, and rode the full length of the El Tour (111 miles) and had no problems. Anyone who is considering taking up bicycle riding should look at the recumbent bicycle before making a purchase of a standard, conventional bicycle. I will certainly start recommending this recumbent bicycle to my patients, and will assist you in any way to further your marketing of this product. I also plan an article in the Arizona Senior World regarding the recumbent bicycle.” Sincerely, John P. Utz, M.D., Tucson, AZ. 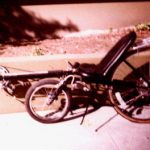 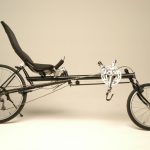 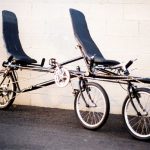 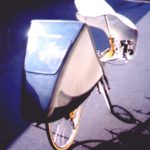 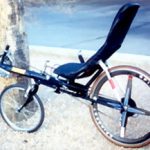